The Filter and Proxy Report provides both a graphical and tabular view of web usage on your network. With the Filter and Proxy Report, administrators can quickly and easily identify inappropriate material being accessed from within the network, workplace inefficiencies, malware sources along with an overall transparency of network traffic. Report data can be filtered by common date ranges like daily, weekly or monthly. The Filter and Proxy Report add displays historical data only. For real-time reporting of proxy traffic, try the Network Visualizer app, also available from the Marketplace. 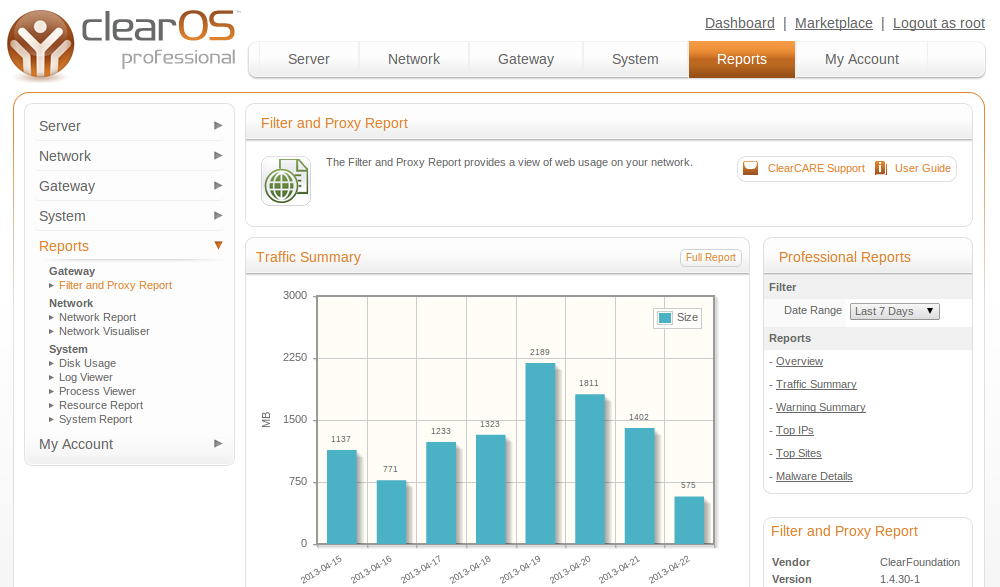 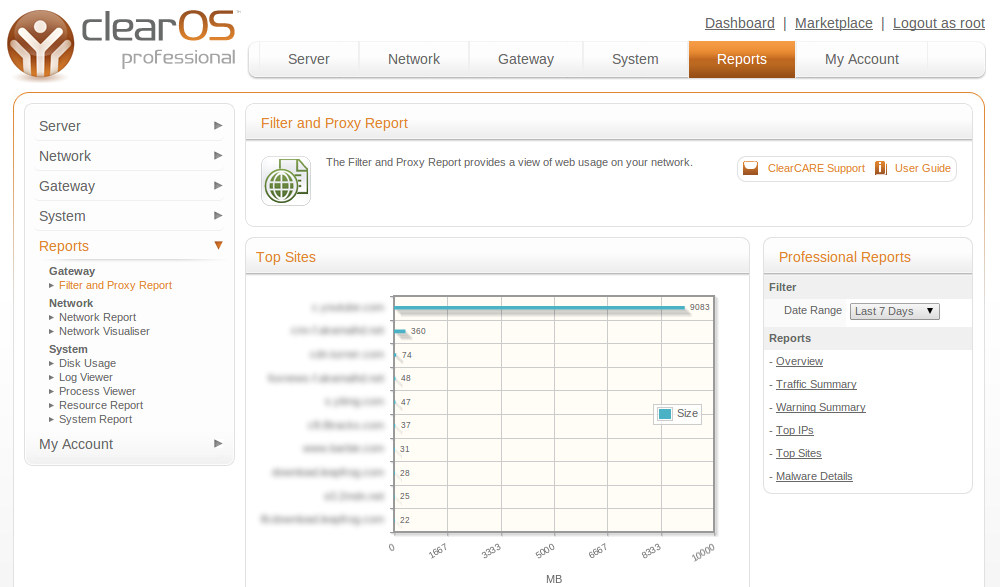 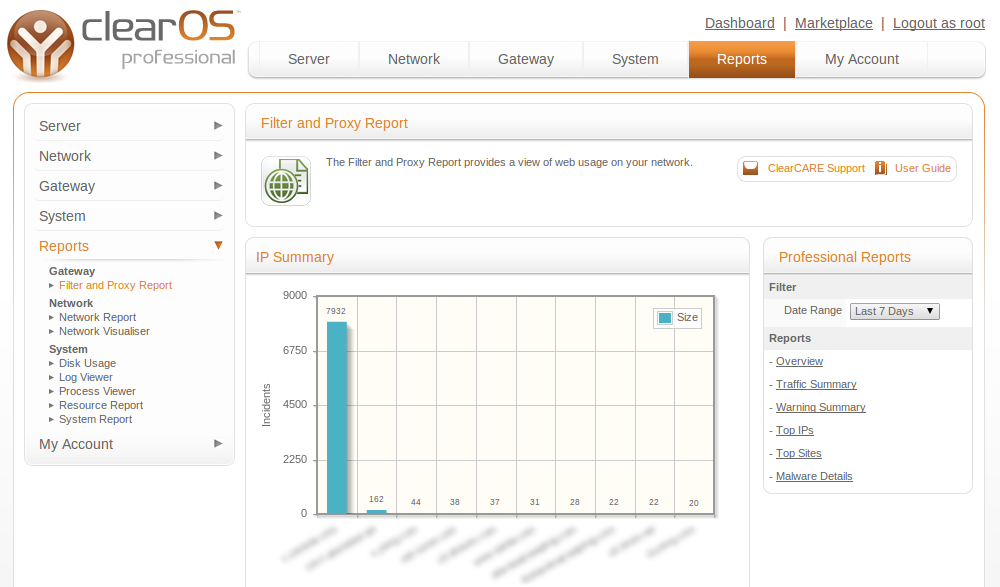