The Network Report app provides network throughput information on all your network interfaces. 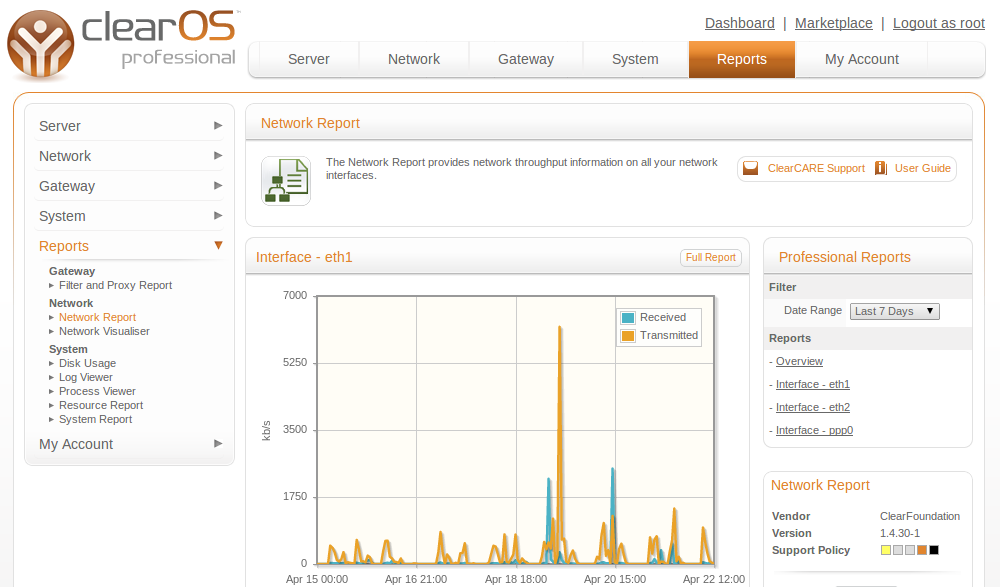 The OpenVPN app is a server-side implementation of the OpenVPN protocol. This versatile protocol makes it ideal for either client to server or server to server VPN tunnels using TCP or UDP.