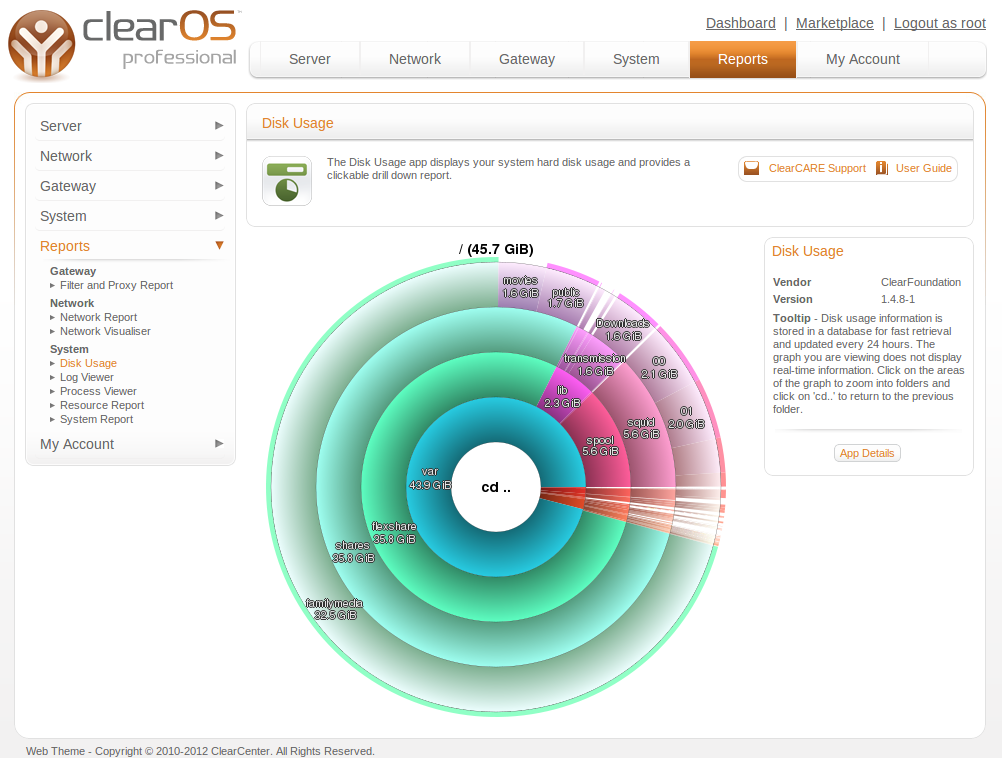 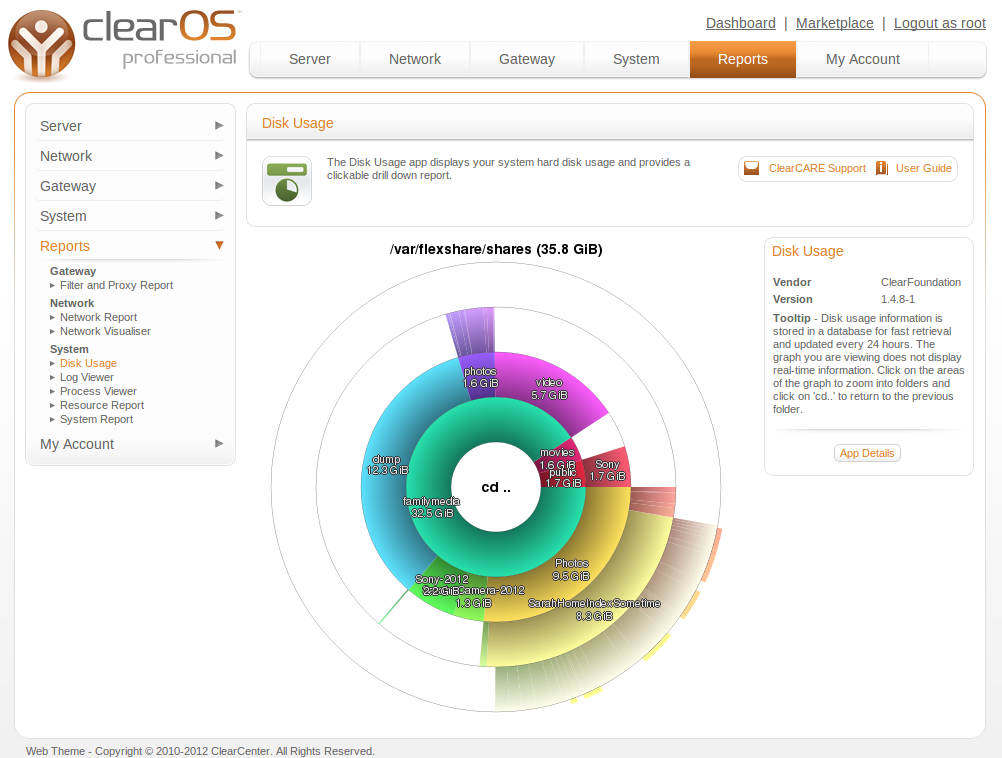 The DHCP (Dynamic Host Configuration Protocol) app provides automatic IP settings to devices (computers, smartphones, tablets, printers etc.) connecting to your network. If you are using this server to create a new network, replace an existing router or replace a server that currently provides DHCP service to your LAN, installing and configuring this app is recommended.

A Flexshare is a flexible and secure collaboration utility which integrates four of the most common methods of accessing files or content - Web, FTP, File sharing (SAMBA) and Email (as attachments).

The SMTP Server app uses Postfix (http://www.postfix.org/) in either of two modes - SMTP server or mail gateway. As an SMTP server, it can be used as an on premise mail server, providing email to multiple custom domains. It can be a cost-effective and secure solution to alternative cloud-based mail services like GoogleApps or hosted-MS Exchange. No per-user fees in addition to a number of plug-in app extensions that provide antivirus, antimalware and spam scanning, greylisting, archiving and more. Alternatively, this app can be configured as a pass-through filter, scanning email as it passes through to an existing mail server on your network. The most popular configuration in this mode is to filter mail before passing on to an MS Exchange server - preventing malware via email and spam from ever reaching the the Exchange server and users inboxes.