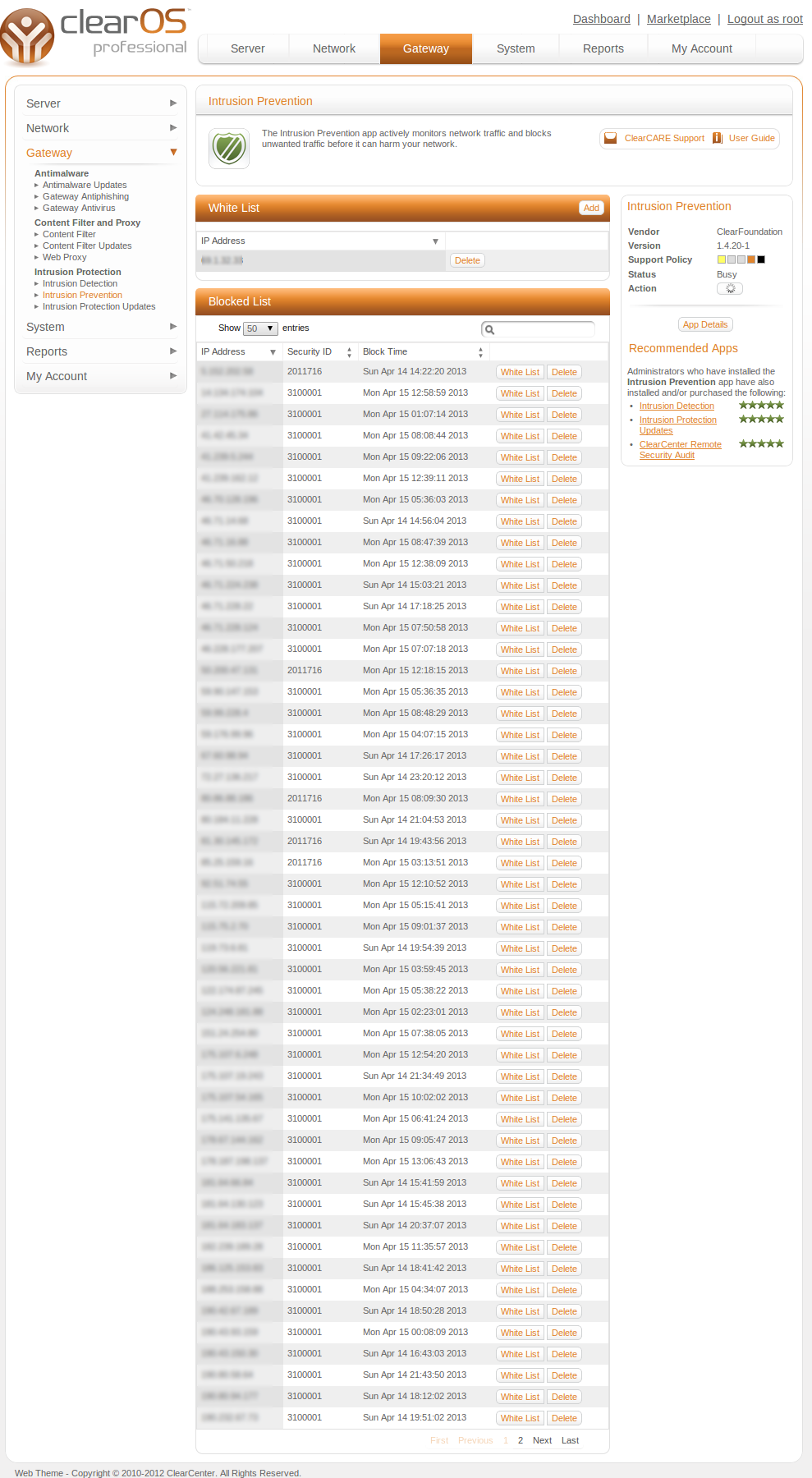 The DMZ app allows an administrator to create a physical subnetwork, providing accessibility from untrusted networks (eg. the Internet) while maintaining isolation to the Local Area Network (LAN). Typically, a DMZ is used to host an organization's external services like website, web portal, SMTP/mail etc. In order to configure this app, the server must have a minimum of 3 network interfaces.