An app providing administrators with the ability to configure the most common network tasks. Depending on the number of physical Network Interface Cards (NIC) present in your server, the server can be configured in standalone (1 NIC) or gateway (2+ NICs) mode. In addition to basic NIC settings like type (DSL, Ethernet etc.), role (external, LAN) etc., DNS server settings and virtual interfaces can be configured. 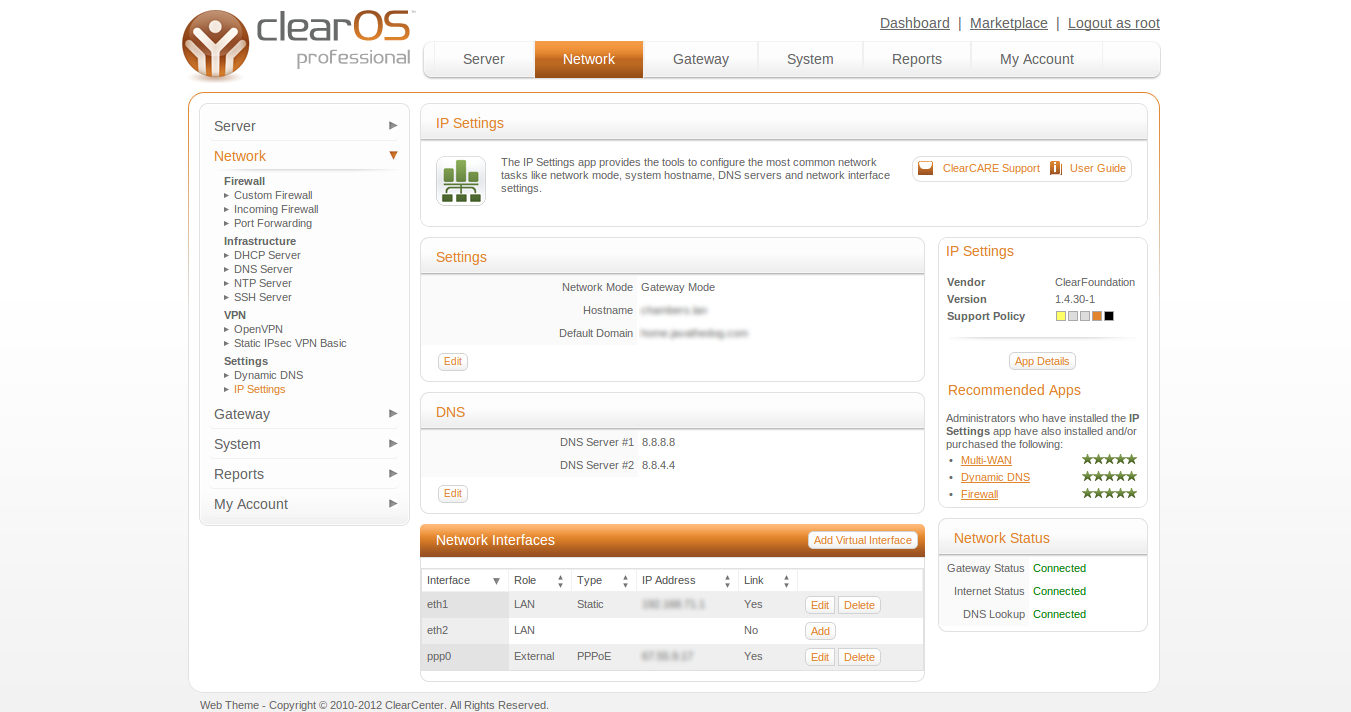