The groups app allows an administrator to create, delete and modify groups on the system. Groups can be used to efficiently manage permissions in accessing server resources. 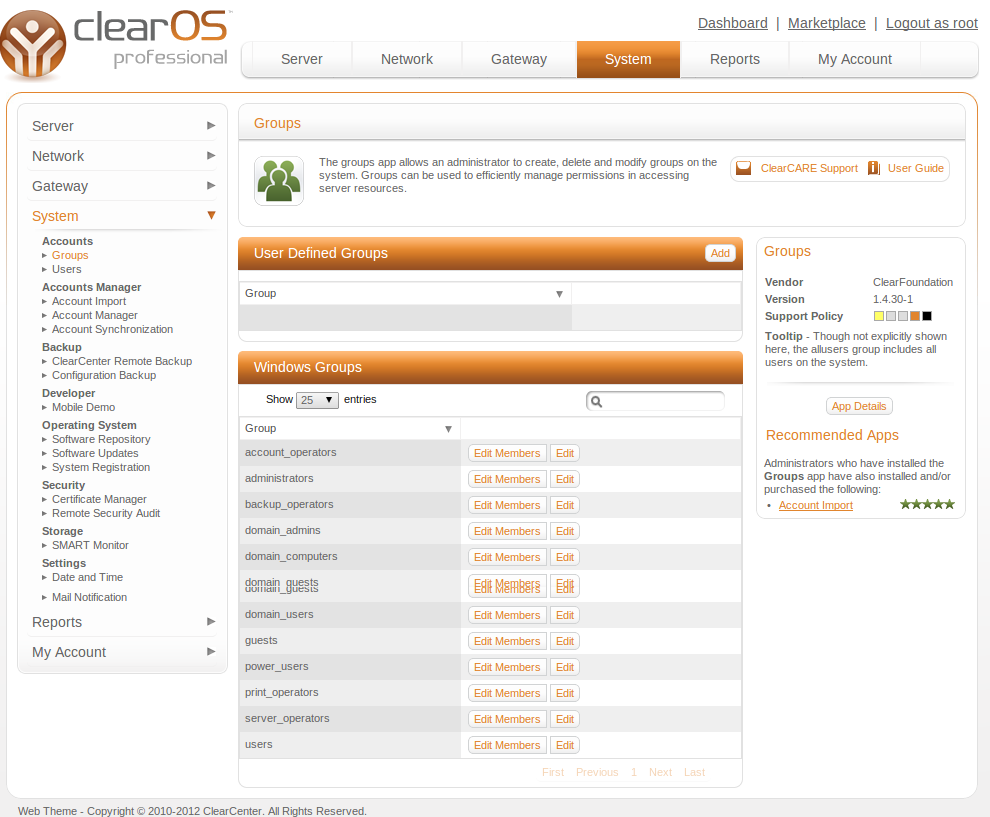 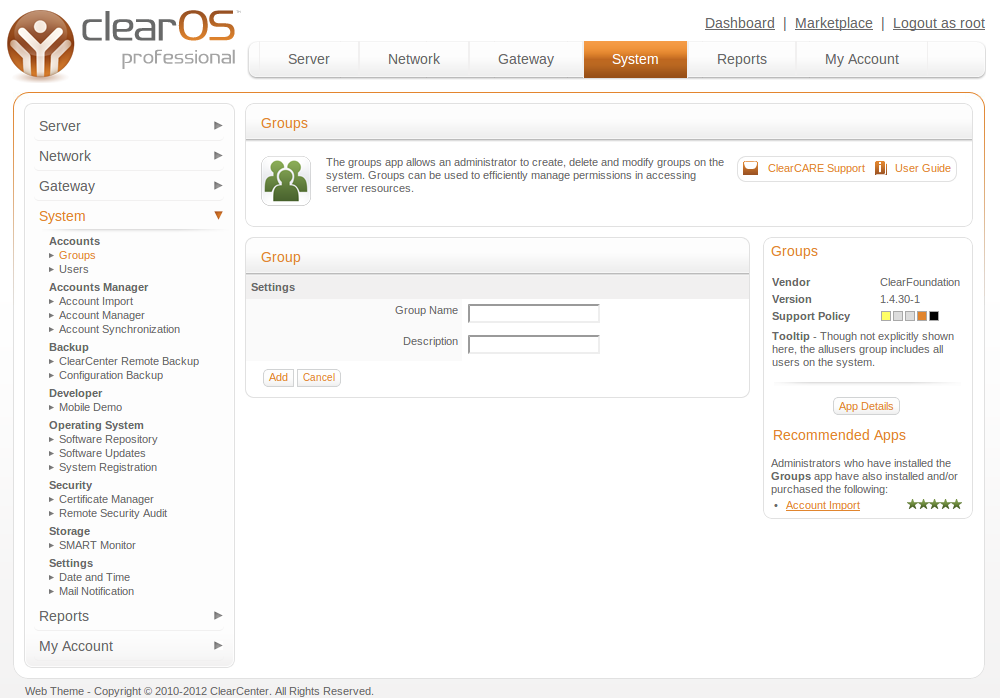